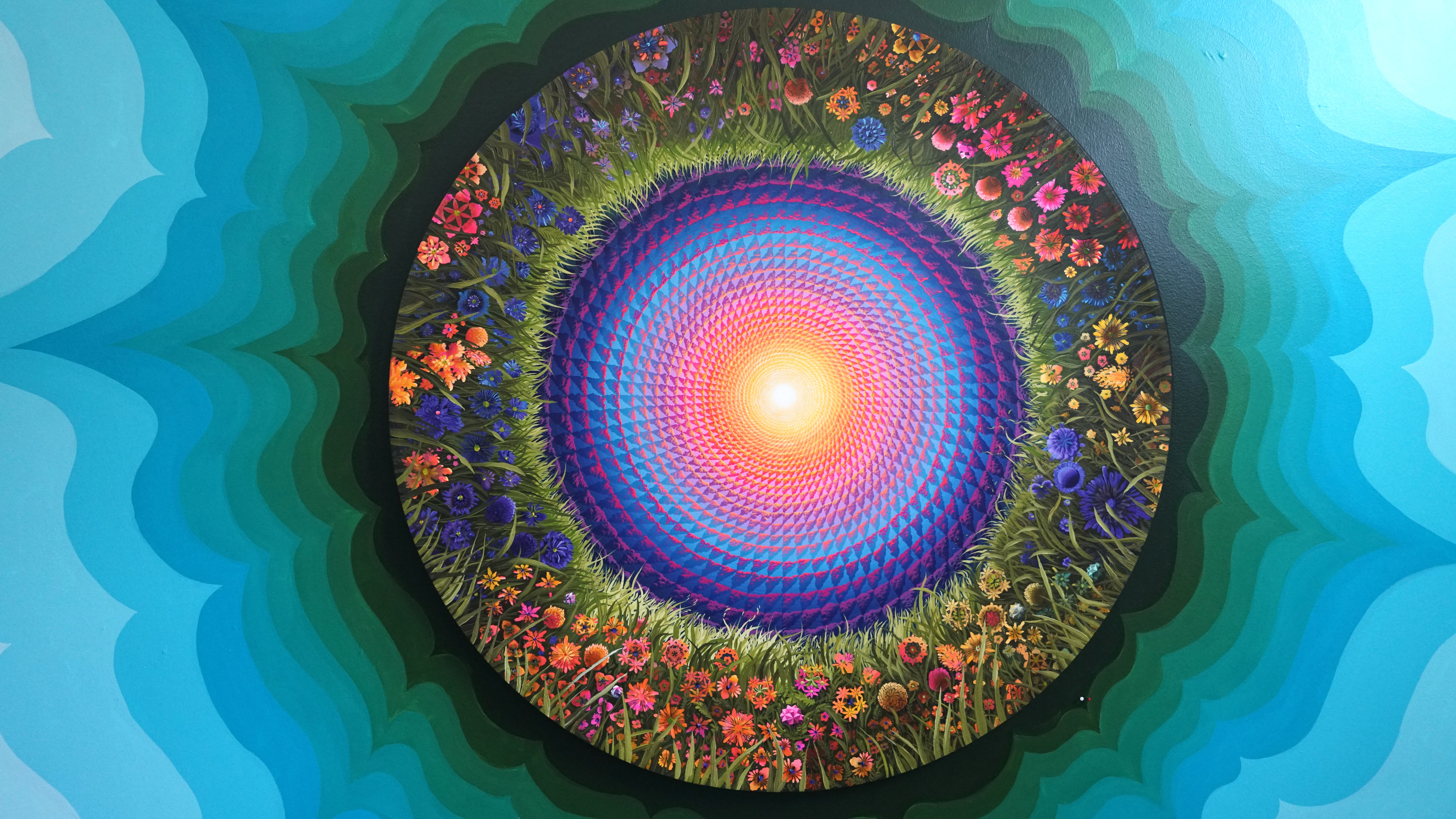 The internal and subjective component of sense perceptions, arising from stimulation of the senses by phenomena. What it is like to taste a specific apple, this particular apple now.

July 2018 – The Chambers Project presents Justin Lovato’s solo show “Qualia” opening in Nevada City, CA on September 22, 2018. This showcase of artwork features original paintings, drawings, and limited edition screen prints. Justin will create an immersive installation in the gallery inviting observers to feel absorbed into his radiant and detailed works. Justin’s art is inspired by natural landscapes that filter through his unique lens, producing psychedelic scenes where alternate dimensions are revealed in familiar places. His most recent body of work embodies the energy of the natural world through one’s subjective perceptions, attempting to capture the momentary connectivity found within the boundless limits of experiential perception. “Qualia” by Justin Lovato opens September 22, 2018 at 103 Argall Way, Nevada City, CA from 6 -10pm and will be on view until October 27, 2018 during business hours and by appointment.

For a preview of “Qualia” or for more information on upcoming shows, please contact Brian Chambers at brian@www.thechambersproject.com. Justin Lovato is a self- taught artist from Northern California who works and resides in rural western Washington. Justin has shown his work with San Francisco’s SFMOMA Artists Gallery, Luna Rienne Gallery, 111 Minna Gallery,

Mirus Gallery, Spoke Art, Washington DC’s Art Whino Gallery, Denver’s Space Gallery and The Crown Collection Gallery. He has also been featured in online and print publications such as Juxtapoz, Hi-Fructose, Graffiti Art Magazine, Booooooom, Supersonic, Beautiful Decay, and others. His work is celebrated in Grass Valley, CA with a prominently placed mural in the town center that was commissioned by The Chambers Project in 2017. Justin recently designed and

printed the official event poster for the 2018 California Worldfest which was commissioned by the Center for the Arts. “Qualia” is his first solo show in Nevada City, CA.

The Chambers Project took residency of the Nevada City gallery in June showcasing paintings and sculptures from Brain Chambers’ personal collection as well as available art from thechambersproject.com. The grand opening party and first group show at the new space takes place August 11, 2018. The gallery will be hosting local and international talent with upcoming shows throughout the year.